Menu
Log in
Register
Install the app
You are using an out of date browser. It may not display this or other websites correctly.
You should upgrade or use an alternative browser.

In order to celebrate our 8th Anniversary, our AMAZING Build Team has put together a new EPIC parkour that I'm sure many of you will find nostalgic! Parkour through our historic server hubs that we had along the years, whilst looking for all the hidden secrets and easter eggs! let us know on which hubs/lobbies you remember from your experiences on the server! Furthermore, we'll be hosting dozens of events throughout the day, giving away FREE VIP RANKS to the winners plus more! Stay tuned for those!
‌‌
Note from Zainos:
‌‌In the name of the Happy-HG Network, I would like to say a HUGE thank you to everyone who played the server all these years, I honestly can't believe how a simple Minecraft server I started as a survival server to play with a couple of irl friends back then became such a huge amazing community, and it's still going! All the memories created, the stories shared, the games played, the laughts, it's been a wild ride, and I must admit I'm very proud of founding and developing HHG and it's incredible how far it has gone and how much it has progressed, despite the ups and downs! Thanks to every single donator who contributed towards the upkeep and expansion of the network, to the builders for making our amazing arenas and maps, to the staff members for ensuring the server to be a safe and fair environment for everyone and to every of YOU who played and shared the word about our amazing community. Long live HHG!
‌‌

Giveaway Time! Today we will be giving away four LIFETIME Parkour ALL Pass memberships, one on each of our Social Medias (Facebook, Instagram, Twitter and Discord)! How to enter? Follow the instructions on our social medias below, enter in all of them for more chances to win! Good luck!
‌‌
‌‌- Facebook: https://www.facebook.com/HHGNOfficial/
- Twitter: https://twitter.com/HHGSupport
- Instagram: https://www.instagram.com/happyhgofficial/
- Discord: https://discordapp.com/invite/8zRjuZU
‌‌ 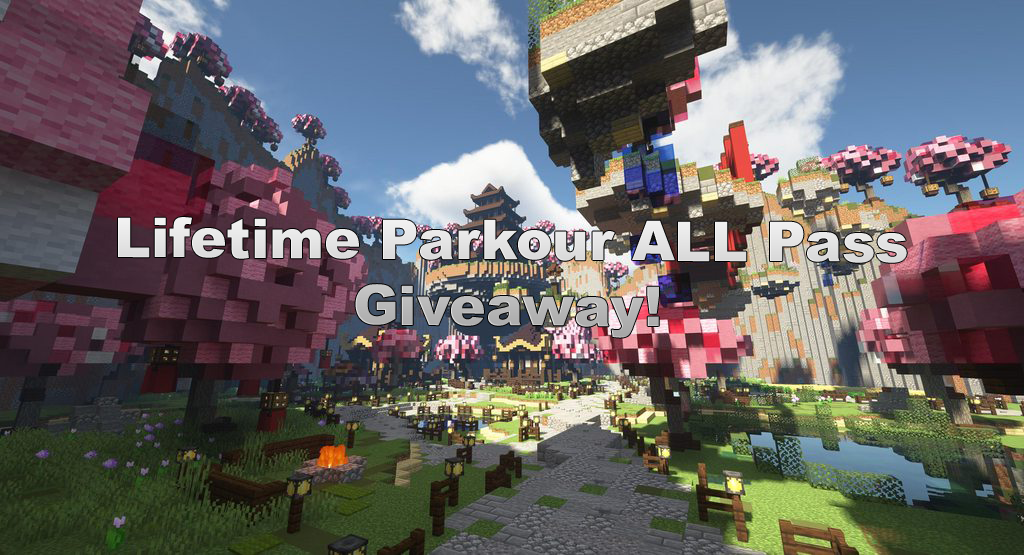 8 new amazing Parkours have been added, check them out!
‌‌
Sakura Parkour - By oPika
‌‌ 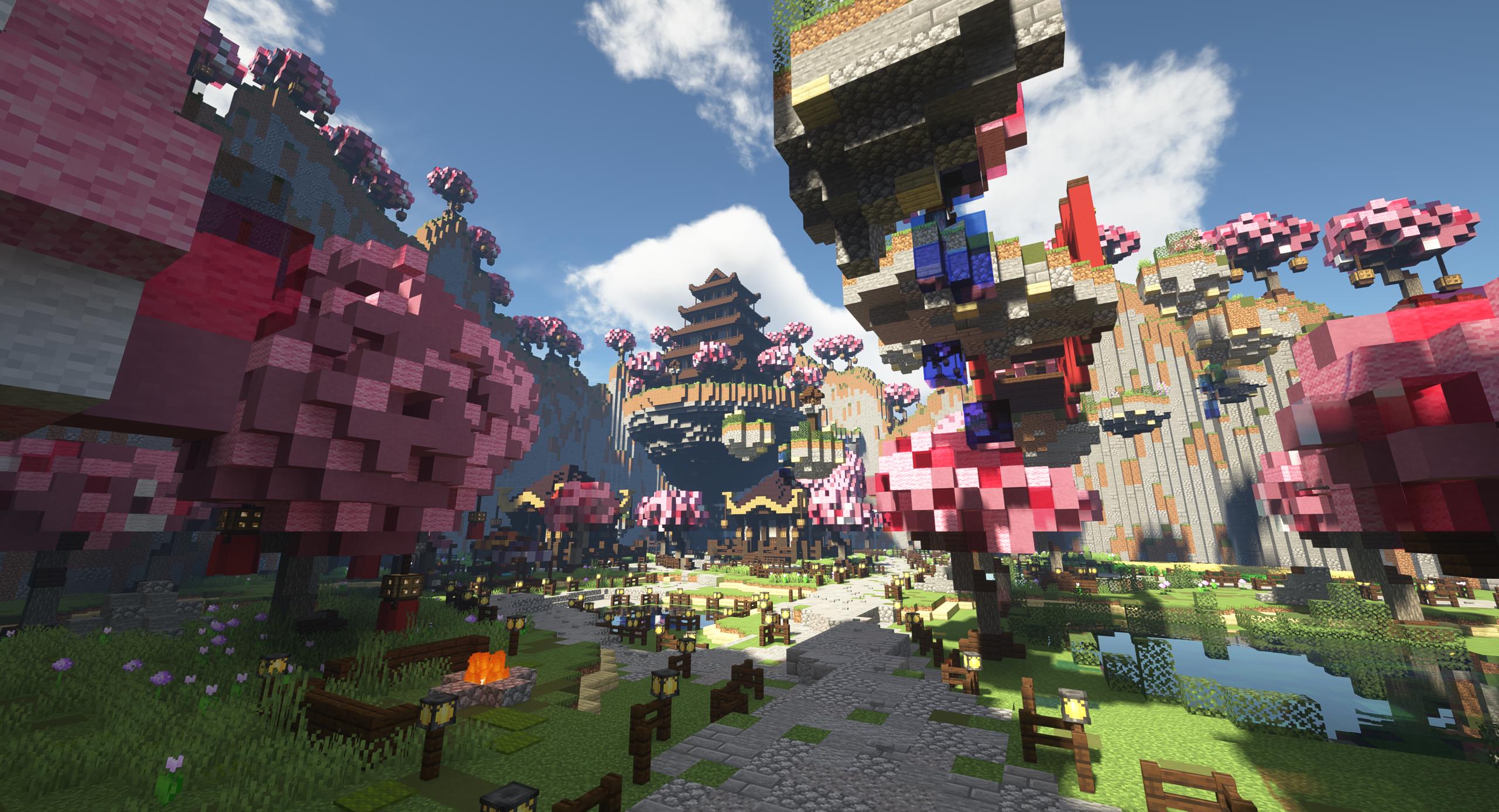 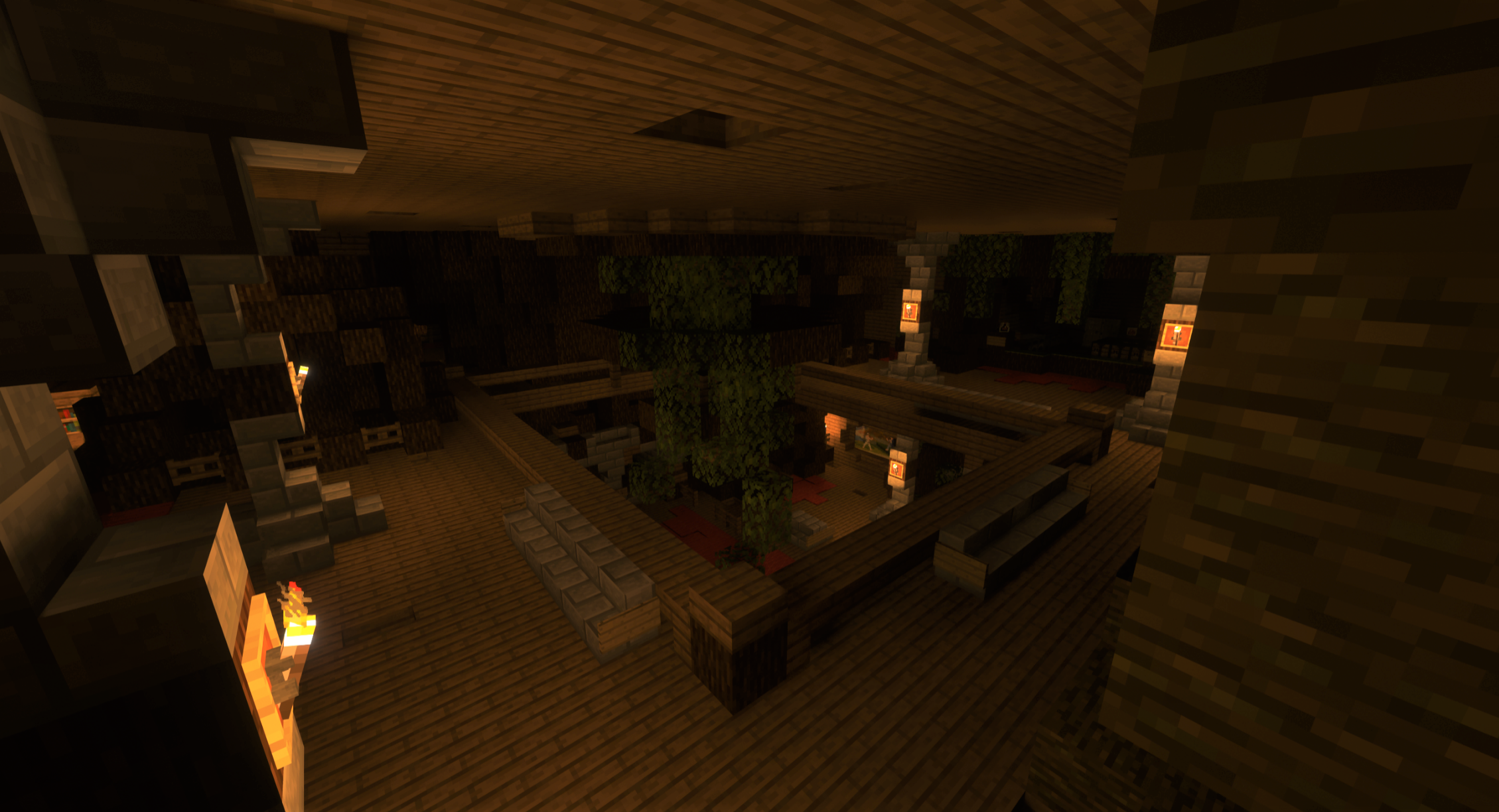 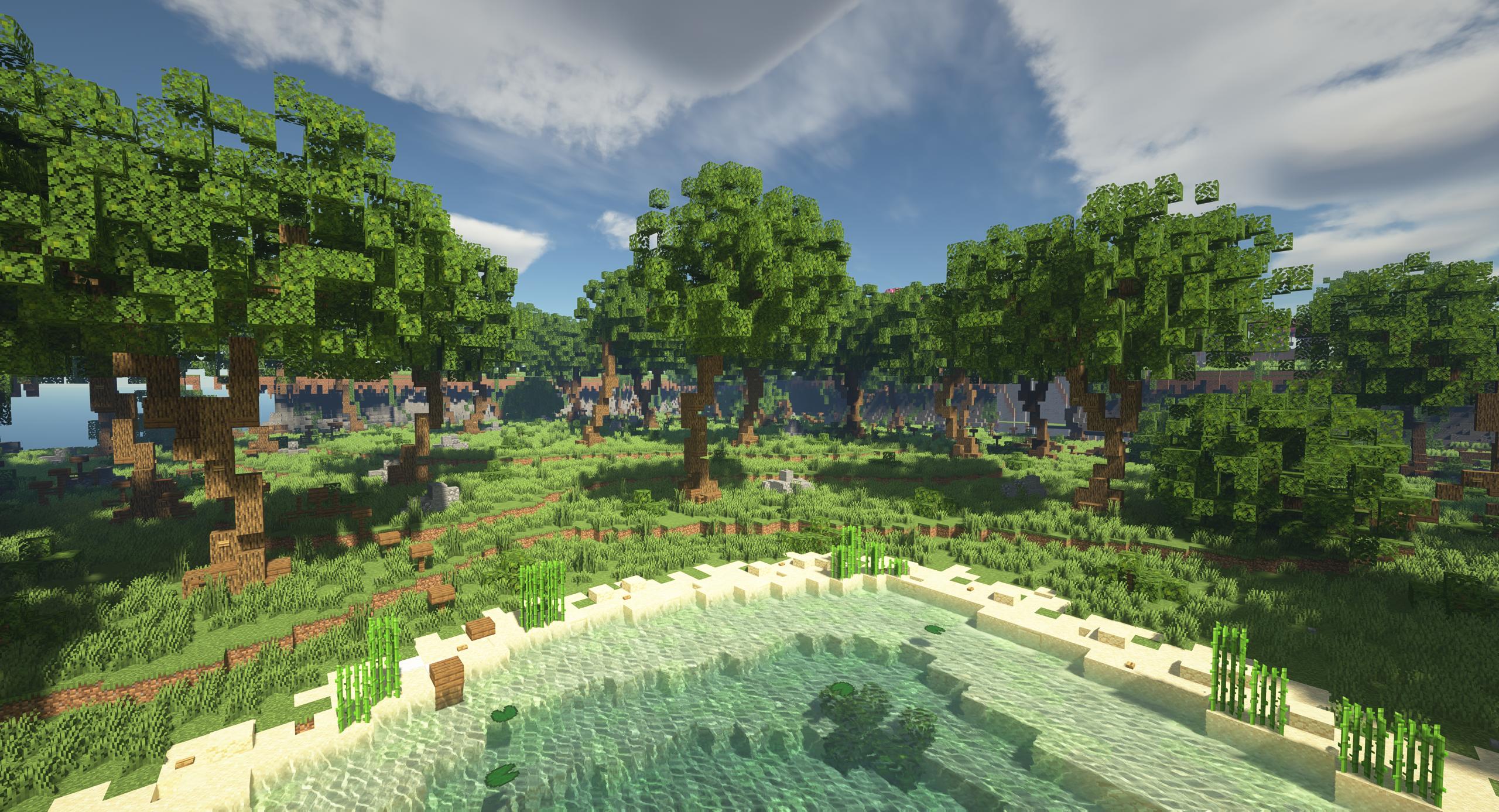 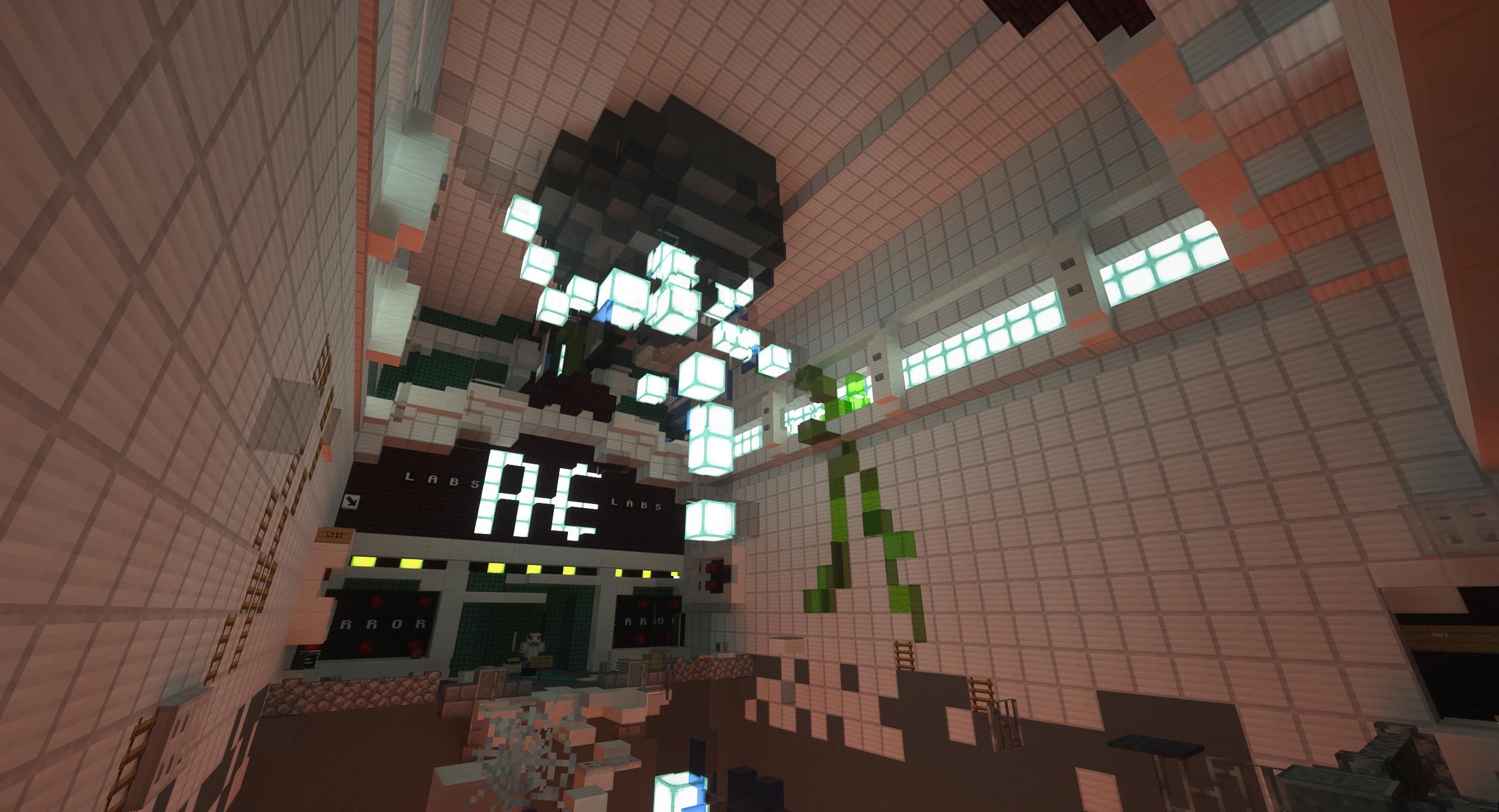 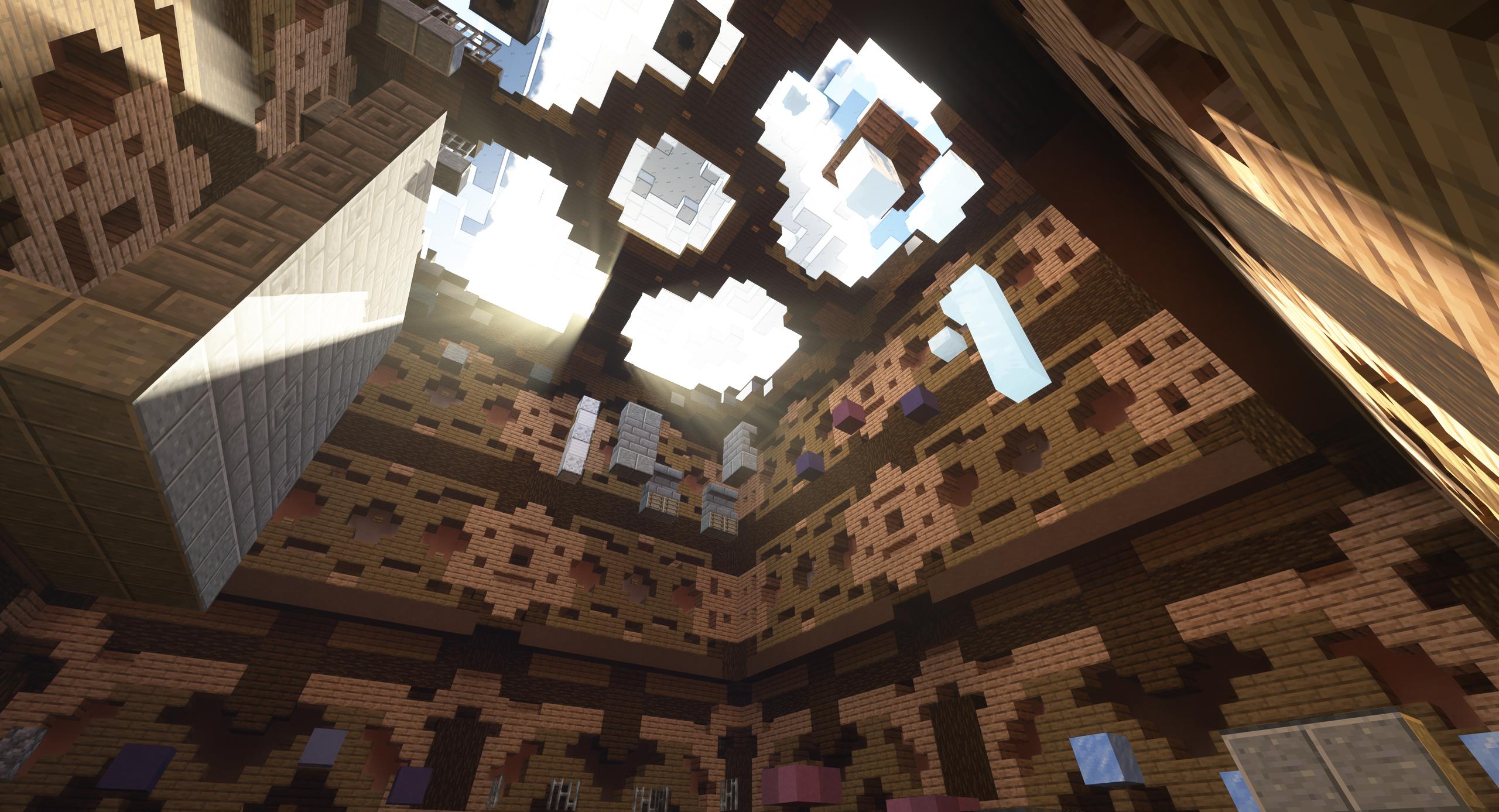 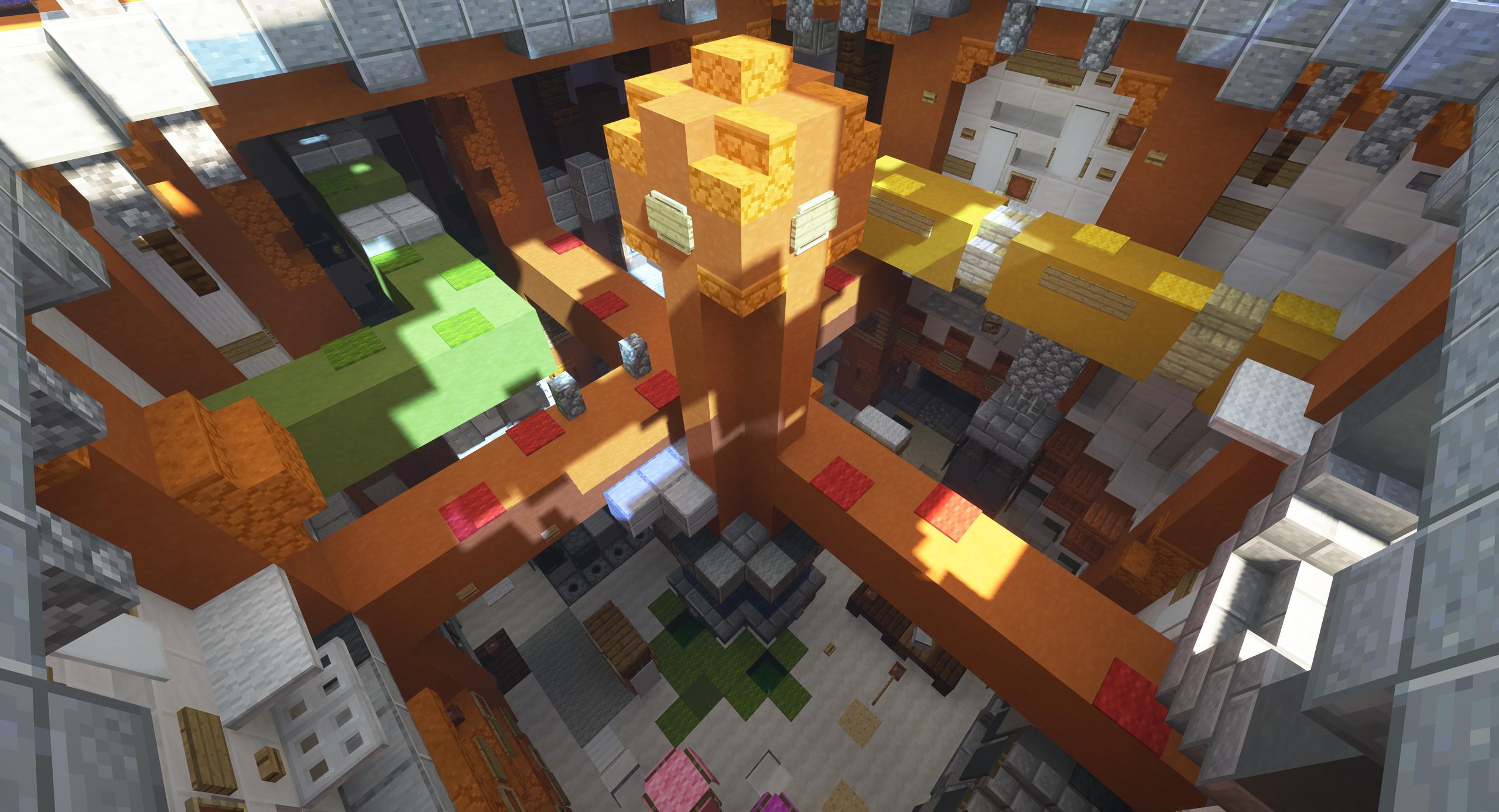 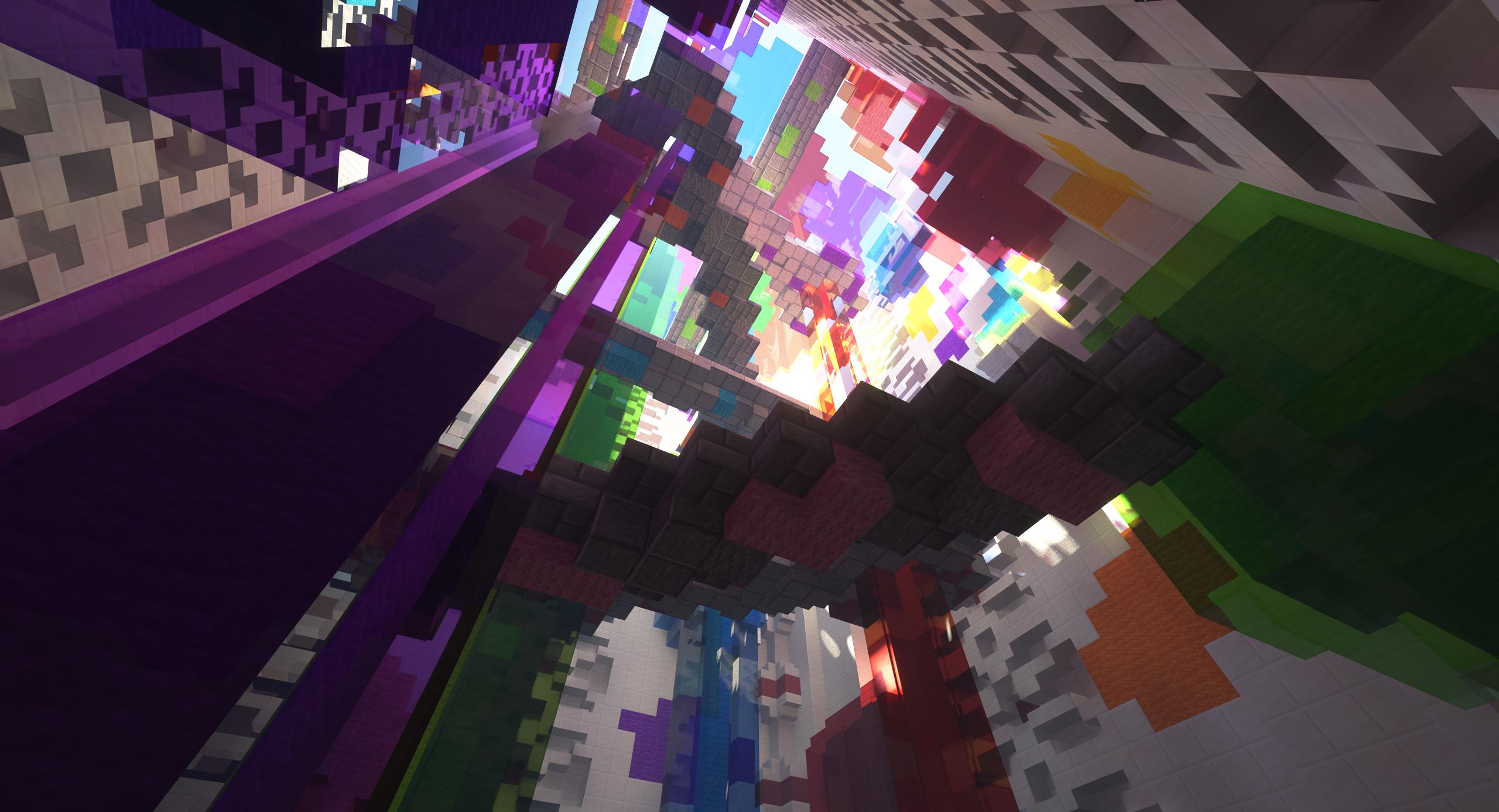 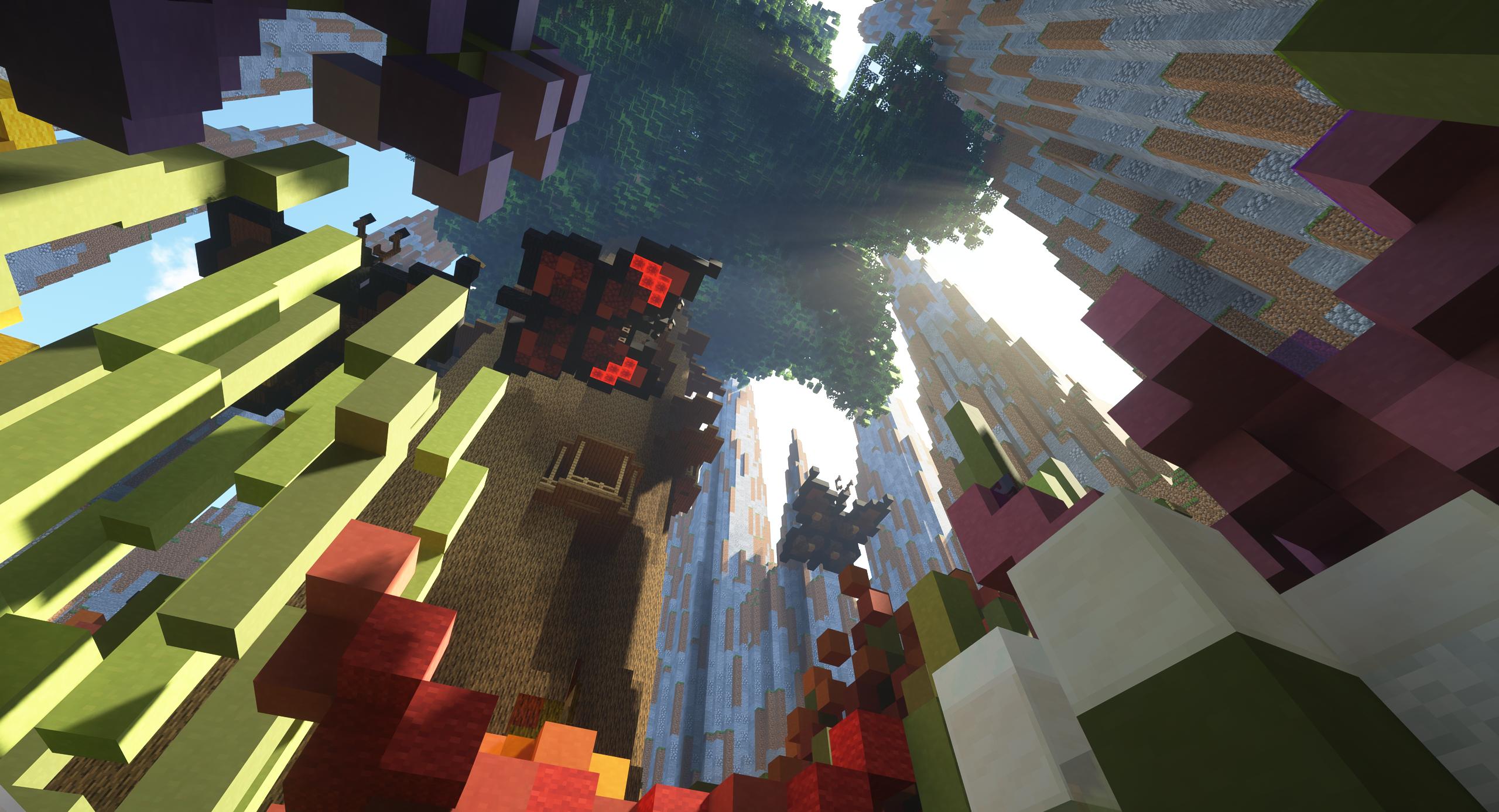 ‌‌
‌‌
Parkour Pass owners get a week early access to them before they are made available for everyone!
‌‌‌‌
In Other News: ️
New Sky Wars map: Tranquil - By the Happy-HG Build Team 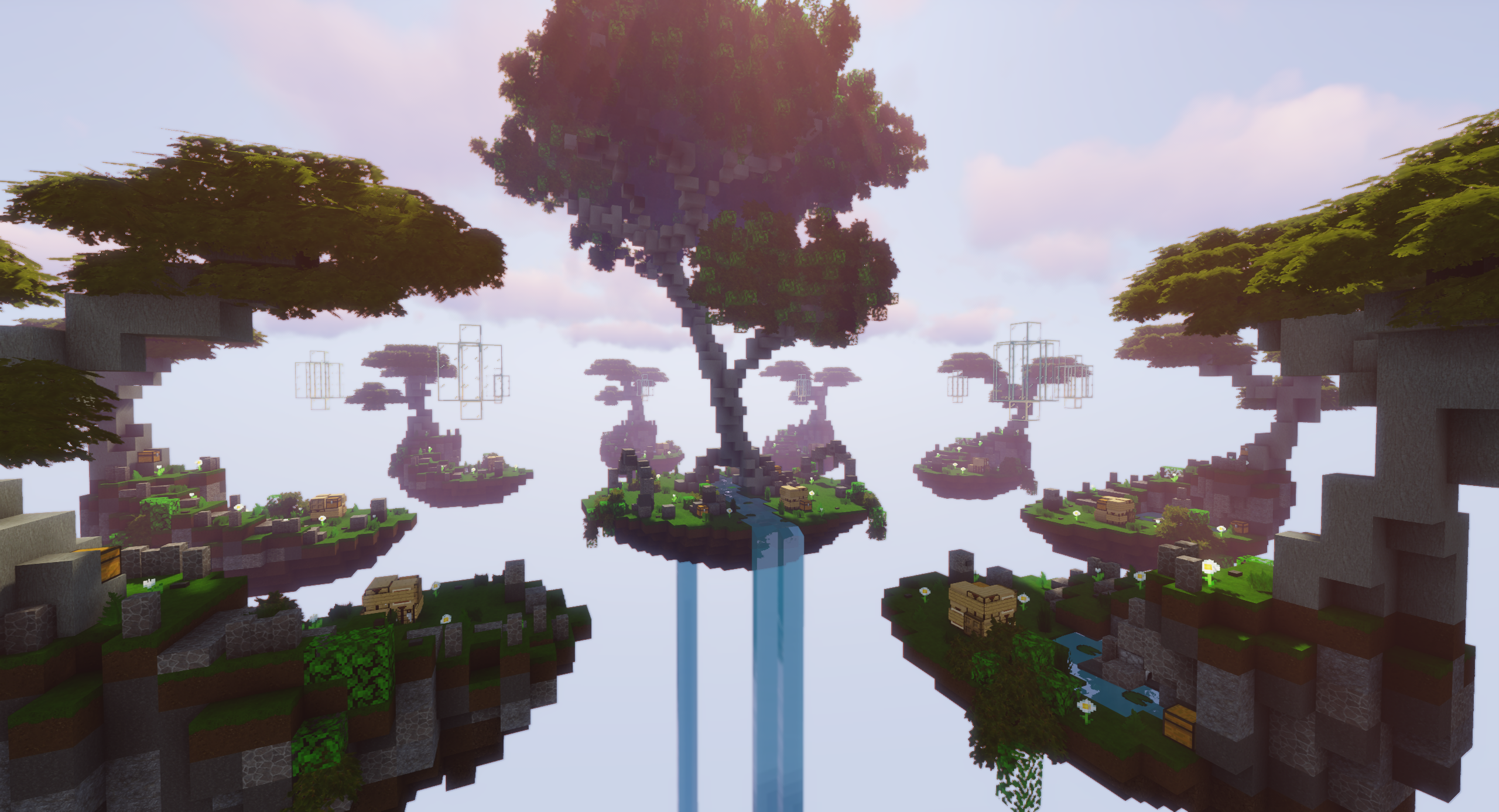 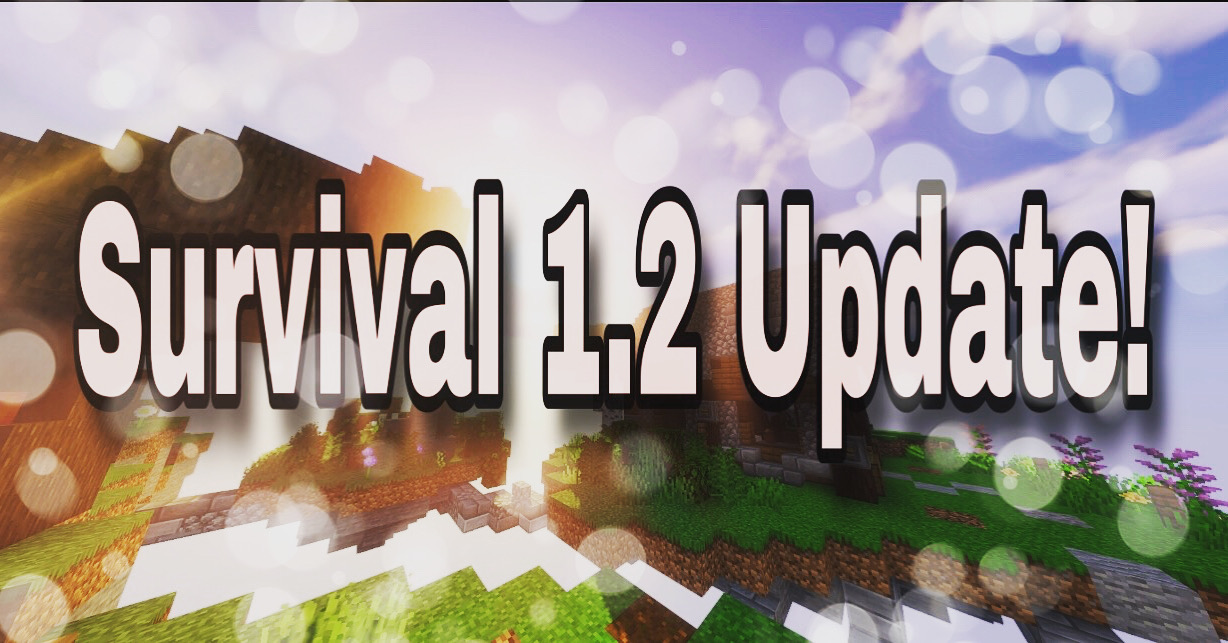 There’s been a new survival update! The full list is included down below! We hope you enjoy!

- Added Mithril Armor! From now on, the Lava Titan Helios will have a chance to drop Mithril Ingots on death, which you can use to craft the legendary Mithril Armor which is a brand new armor set better than diamond armor and with a new set effect! However, you will first need to learn how to craft it by talking to the Master Smith at Edafos, who will only teach this ancient recipe to players who mastered the Repair skill!
- Added Siren Pearls as an uncommon drop from Fishing. They can be traded with Merissa the Siren at Edafos for some cool new rewards and XP!
- Added a set effect to the Dragon Armor
- Azzanadra boss fight balancing changes:
- Swords now deal 75% less damage and bows now deal 50% more damage to Azzanadra
- The Zaros Godsword has been buffed. It now has Sharpness VII and the special attack does double damage
- Azzanadra's drop table has been buffed.
- Added Fire Elemental Cores as a new rare drop from the Fire Elemental, which can be traded with Zuko at the Wizard's Tower for the legendary Imbued Dragon Armor, which has new very powerful set effects!

- Added a Trade System! Trade with other players with /trade
- Removed Combat level as per player's request. Now your highest combat skill will be taken in mind for the requirements of the Combat Guild Tasks, making them easier to access!
- Chopping stripped logs now grant 10% more Woodcutting XP
- Added even more Loot Chests to Edafos. Over 200 so far and more to come!
- Added special messages when you get an unique drop from a Boss or Mini-Boss
- Added a Boss Kill-Count tracker so you can view how many times you killed each boss (and the total amount of bosses) every time you kill a boss or you hover over anyone's name
- Shulker boxes now show the full contents in the item lore in order to avoid Auction House/Trade scamming.
- You can now Repair and Salvage Crossbows, Shields, Elytras and Chain Armor at the respective McMMO Repair and Salvage Anvils per player suggestion.
- Added a bunch of new NPCs and Shops around Edafos and more to come soon!
- Other minor bug and balancing fixes.

We hope you enjoy and apologizes for the little delay!
~ Happy-Hg Staff Team

Hope everyone is enjoying Happy-HG Survival as much as we do! Read below to see all the changes and new additions of the last update of the year!
‌‌
- Added an AUCTION HOUSE! Sell your valuable stuff or buy useful items from other players using Golden Sol at /warp ah
- Added a new Estate Agent villager at the Edafos castle (-215 88 -76) that sells players extra Claim Blocks and Homes for Golden Sol, as well as a few new shops and more to come soon!
- Re-balanced some high level guild tasks and their rewards and added a few new rewards (The few players who already completed those guild tasks have been given the rewards too)
- Survival Leader Boards are now live, you can view them at http://happy-hg.com/leaderboards/
- Added the legendary Amulet of Nightmares and Shadow Leather to Azzanadra's drop table. You combine the leather with the existing Ancient Amulet to craft the legendary Shadow Hood!
- Added new Loot Chests, can you find them all?
- You can now view how many guild tasks anyone has completed by hovering over their chat message! Also when you do /tasks
- Network-wide bug fixes
‌‌
In other News:
In order to celebrate the new year, we are currently hosting a FREE PANEM RANK GIVEAWAY at our Discord! If you haven't joined yet, join our Discord and react on the giveaway message in the #announcements channel to participate!
‌‌
In the name of the Happy-HG Staff, we want to wish everyone Merry Christmas and Happy New Year!
‌‌ 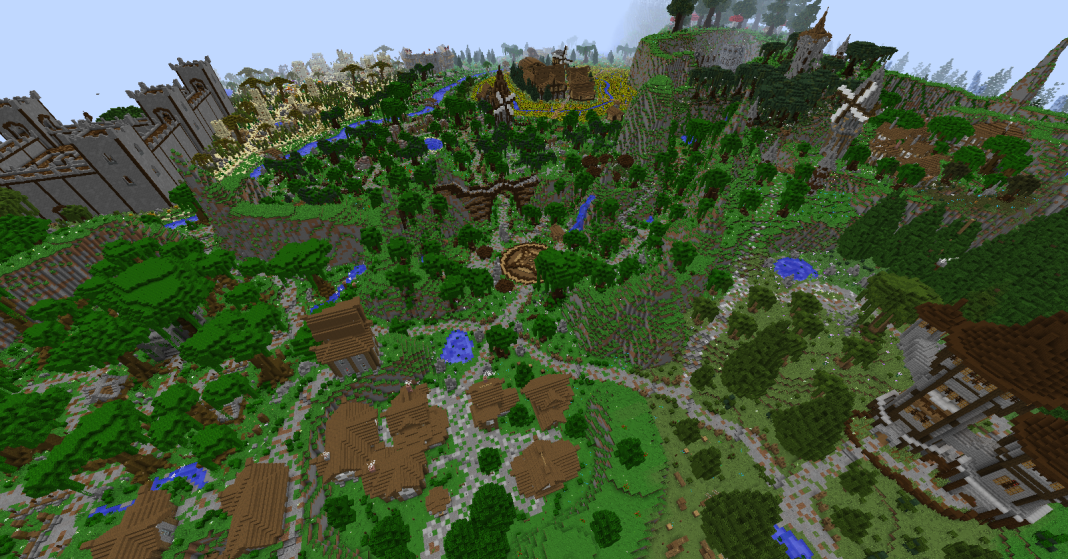